if it looks like we just spent the weekend doing cool stuff against a beautiful back drop it’s because we did.

ok, so nelsonville music festival is just simply my favorite thing about living in ohio. yeah, i’m bolding that. this weekend is just magical for me every year. and every year gets a little easier with our little gal.

ok, so steps for taking our child to a music festival:

1. pick the right festival. for me nelsonville is hands down my favorite to bring kiddos. we’ve also done pitchfork a few times which is pretty doable and forecastle which didn’t seem to jive as well for a family affair but NMF seems as though it’s a music festival happening around a kids’ art camp. as i wrote last year, the main goal of the fest, in my opinion, seems to be creating a family friendly event. and it just works. it works really well. they put so much thought into making the children welcome. i love it. can you tell?

kid friendliness of this year: kids’ tent where darla painted murals, made sock puppets and put on plays, played at a water wall made of repurposed plastic bottles, painted masks, tried out different instruments and made a fairywreath crown. a really cool new addition was the bindlestiff family circus. they performed all day on saturday. darla also participated in a parade and had the most amazing pink jetpack custom-made for her out of balloons. she had her face painted on multiple days at multiple locations and beyond that the whole place is like a kid free-for-all. games of soccer and frisbee going and always a new friend to meet. and you gotta love a festival that moves everyone into the gymnasium during bad weather and organizes kids’ games.

2. be at peace with not really getting too close or getting to watch the bands. i’ve not been the best at this in the past but this year was better. this was due to the combination of our girl being more independent and my accepting the fact that i’m just going to have to be content to be in the presence of live music even if my eyes have to be fixed on a roving target.

3. be at peace with the roving target. mike and i have been able to become much more comfortable with darla’s independence. we’re getting into the age of “you can go anywhere you want as long as we can see each other” and sometimes i have to break out of my fear and trust that she’ll be ok. we have more practice now at trusting her own interactions with people and nelsonville is the perfect opportunity for her to exercise a little more independence from us: it’s a contained environment with trustworthy people most, if not all, of whom are fine with a 4-year-old stranger crawling up into their lap to cuddle. in the past i’ve felt guilty about her intruding into others space but i’ve learned that it’s also up to other people to give her the message if she crosses their boundary. and that is fear based thinking any way. several of our coolest interactions happened this past weekend because darla has no social boundaries. really, most people are more open than we are made to believe.

4.  choose your bribes wisely. i tried to bribe darla into being good for the whole festival with the promise of a tiara she had her eye on that she would receive on the last day. that was quickly shortened until the end of saturday when we spent a good number of hours on both thurs and fri standing at the tiara tent while darla tried the tiara on and stared at herself in the mirror. this was then further shortened to midday on saturday when we figured we might as well get it instead of spending many more awkward hours with the tiara lady. in the end it was much better to have something that we could take away if things weren’t going so nicely. also, save food and drink bribes until the very last straw. do not start these too early with her because you will end up in a vicious sugar cycle. also, don’t feed her after midnight.

5. be free and be open. taking darla anywhere means i have to be free and open-minded to whatever the experience is going to be instead of trying to manage the situation. sometimes i fail at this but i feel i did pretty excellent this past weekend. i had to remind myself that this was an experience for darla too and that it’s really in my best interest if she enjoys herself as much as possible in the ways she sees most fit. sometimes this means things happen that would normally be deemed outside the social norms {for some} like playing in the dirt for hours or walking around without shoes or adopting herself into a family of strangers. nelsonville is perfect for this. and really, parenting seems so much easier when those things can be tossed.

6. make a trade-off schedule in advance.  so, since some of the acts go on past darla’s bedtime we usually end up trading off nights for who takes her back early to bed. {and i use that early term loosely since camping means staying up a little bit late to tell spooky stories} this ensures that a) we each get a little bit of kid free time at the fest to enjoy some of the headliners  b) at least one of us is better rested for getting up with her early in the morning.  this was the first year we were proactive enough to make the schedule agreement first instead of making it up during the trip. talking about it ahead of time really helps. you are really smart and probably would have figured that out sooner.

7. go with friends who also have kids. and make friends with the other parents who brought their kids and also have better snacks than you. trust me, both these things are really helpful. this part means i’m not-so-subtly suggesting you should come with us next year.

well, that’s all i got on that. thanks for taking a look at a small bit of our festival experience. i’m really just trying to tell you all to join us next year. i promise you won’t be disappointed.

3 thoughts on “how to take my kid to a festival” 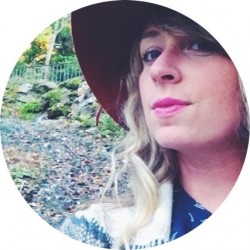 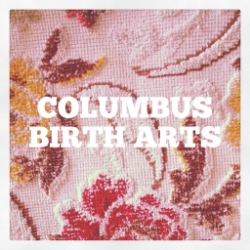 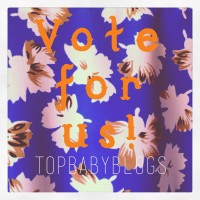